Sometimes in Business You Need to Turn Things Inside Out 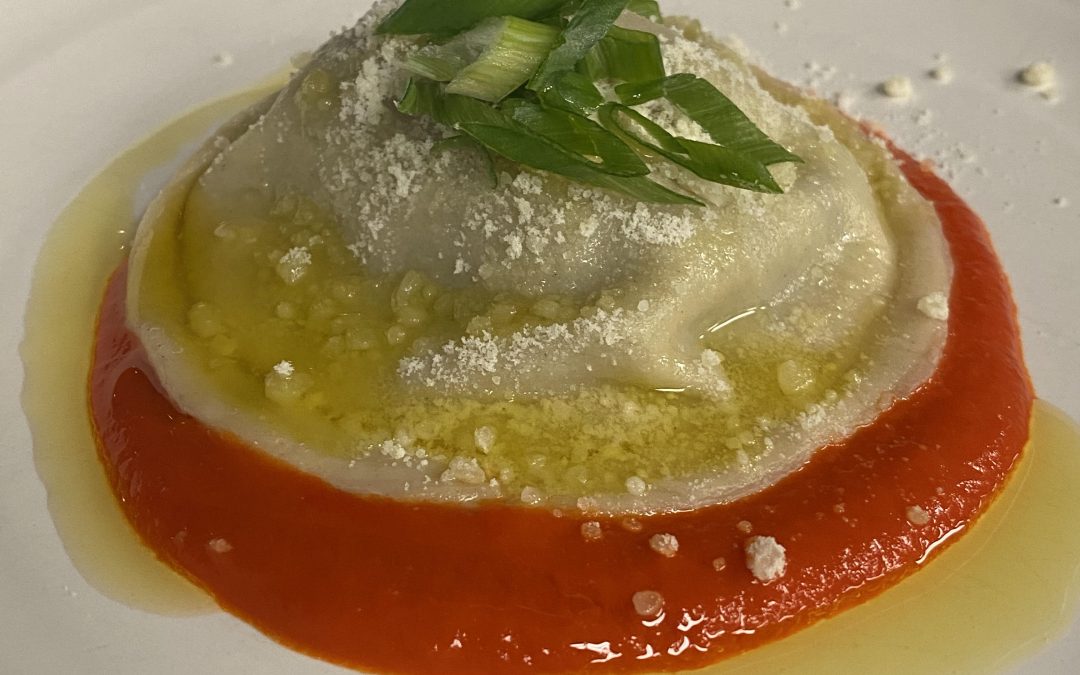 One of the best dishes my mom made when I was a kid was Minestra.  Minestra is a soup that uses the vegetables of the season.  So there’s not really one recipe because it changes all the time.

Unfortunately, I was making a popup of 7 courses of pasta at the restaurant so I could not make a soup.  And I needed a vegetable dish because we told people that we would have one in the E-Mail.

So what I did was make the base soup and then strain it a bit and add some dried bread to thicken it.  I then used that as a stuffing for a raviolo.

I basically turned the dish inside out.  I must say it’s really good.

The pressure of coming up with a new and innovative dish for pasta dinner forced me to do something I would not normally have thought of.  And now I have a new recipe that people seem to like a lot.