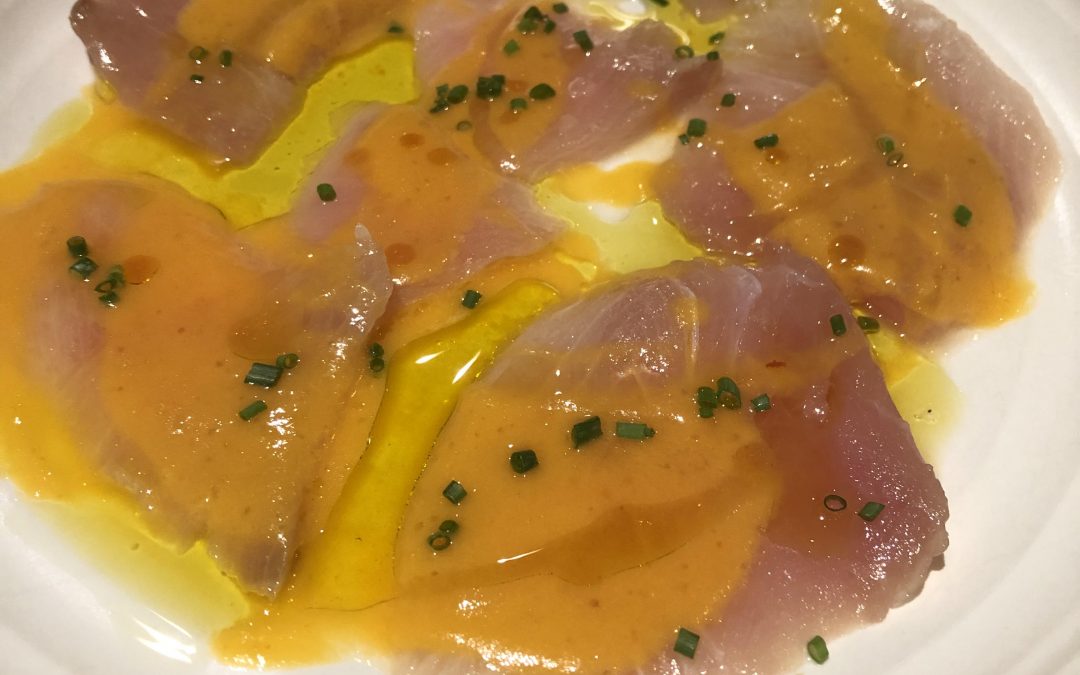 We are at the end of heirloom tomato season.  One of the things that we like to do in Italy is to eat as much of a seasonal ingredient as possible while it is in season.

But we don’t just eat it in its natural state.  Of course, I eat lots of sliced tomatoes but I also like to have them in different ways.

I pureed the tomatoes and served them on a crudo with hamachi (sashimi grade from Japan) and, of course, extra virgin olive oil.  The slight sweetness and acidity of the tomatoes went very well with the hamachi.

The dish itself was very simple.  But I had to think about how to do it for a while how to make it.  Sometimes, in business, simplicity can be deceptively complex.